If there's anything I've come to appreciate during the past 18 or so months, it's breaking out of the monotony that is my usual daily routine, so if I happen to get the chance to get out of town for a while then you can probably bet that I won't be passing up on it - and that was the case just recently, having gone on a week-long trip around the country with some friends.

The highlight of this trip for me had to be a several hour long hike which got us almost 2,500 metres high up, overlooking nearby towns and breathing in some fresh, fresh air.

Now, I did come back with dozens of gigabytes of photos, but I only ended up with a handful that I actually liked. I've found it somewhat difficult to think of good compositions when I'm constantly on the move, so that's something that I'll need to work on. Regardless, it was super refreshing and exciting to finally get to photograph some new locations; going around my city and taking pictures of places and things I see every day gets... kind of dull after a while.

I'd suggest anyone to take at least a few photos when going on trips like these - you'll most likely come to appreciate them years later when you feel like looking back, even if they might not feel like much right after. Maybe when I feel like looking back at this little getaway, I'll even be reading this article!

You need to stay sharp in the tech world and hone your skills. Did I come up with this gallery theme just to make that pun? Absolutely. Custom knives have been a part of my hobby collection for a few years now. They naturally make cameos in my PC build 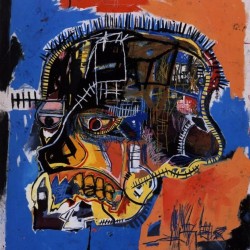 University student with a passion for technology, movies and photography.

Why am I doing this? Many people view photography as sort of a rich man's hobby. Something that is gatekeeped by how much money you make, and something that you can't even begin to truly experience with less than $500. But it is my firm belief that photography can absolutely